I did these with Jarrad this evening. The first was meant to be "a love story likely to have an unhappy ending" and the second was "an artist in the act of creating", although neither really stuck to the topic that well:

She looked up from the row of herbs to find a young man blocking her light. He looked neat, in an odd kind of way. Like he'd just been brushed down before leaving the house, or like his mother had wiped his face clean with a handkerchief a minute ago. He flattened his hair with one hand when Agatha smiled at him and stood up, brushing her apron down.
“Hello. Can I help you?”
“Yes. Thank you. Yes. Well, I'd like some herbs, please.”
Ah, she thought, a first time gardener. Maybe just moving out of home, although he looked a little old for that. They didn't get many young men in at the nursery, or at least not many that asked questions nervously.
“Anything in particular?”
“Something nice. Anything. Something that's not too difficult.”
She smiled and handed him some mint, and thought that would be the end of it.

The next week he was in again. He bought more mint, the same kind. And again, the next week.
He always came in at the same time, that part of the day when the morning was just blossoming into afternoon, heating up and flattening the colours of the nursery under the summer sunlight.

On the fifth week, Agatha had the plant ready for him in a small terracotta pot.
“Thought you might like this. It's nicer than those plastic pots you take home every week. You must really like mint juleps.”
He gave an awkward laugh and paid, hurrying off without answering her. Agatha wondered if she'd offended him somehow. Maybe he didn't drink?

The last chapter was found on September 3rd, 2008. It was in an alleyway, four metres up, next to an old-fashioned wooden ladder splashed with paint. The pages were spaced far enough apart that you had to read one, climb down the ladder, move it along, and then read the next one. Perhaps there would have been an easier way to do it – certainly it would have been easier to put it all online and let people read it there – but none of the Readers would have suggested such a thing.

Clark couldn't remember when they'd all changed from being just fans, people who read the book, to calling each other Readers. Maybe around the same time that he'd decided to cut down on work, give himself more time to walk the city's hidden corners looking for the next chapter. It was a simple story, really. Boy meets girl, work and life and growing and changing. The kind of thing that would usually come with a cover meant to appeal to women of a certain age. But the first chapter he'd read, stapled to the trunks of the memorial trees in King's Park, had caught him.

It was just after the murder there, a mother of two buried in a shallow grave. He'd taken a girl to the park on a first date for a picnic, thinking that he was being very impressive, and she'd spent the whole time going on about how terrible the murder was, how the poor woman must have felt. She left early when it started to get dark, and he'd drank the wine he'd bought alone in the dusk, walking along the long line of trees and reading.

got a new brush pen today, It's not perfect. but it is a little closer to what i am looking for than anything else i have gotten. next i am ordering one of these

Another panel from my Plotz comic! 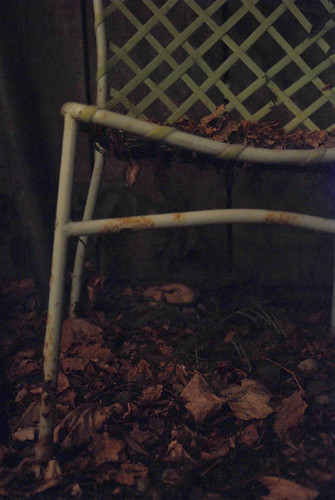 I guess this is sort of something I "made," like "BT MADE a fat wad of cash at Stumptown this weekend." I guess it also counts as a picture I've taken.

Just kidding, my Baby Grind entry today is a three-page jam comic I took part in, which can be seen right here!
Collapse